A declassified NSA draft titled Parapsychology: The COMSEC Threat and SIGINT Capability recently caught my attention when an excerpt was shared by researcher Michael Best. COMSEC stands for communications security, while SIGINT refers to signals intelligence. The six-page document, apparently composed in approximately 1981 and approved for release in 2011, may be viewed in full on the CIA website.

The unnamed author of the draft wrote that dealing with such issues as the manipulation of personnel behavior by psychic means could not be avoided within the work force, including at the NSA. The author continued that psychic warfare was inevitable and that "practitioners" within the Agency were already "functioning."

Whatever we are to make of such declassified documents, their very existence may offer us some insight into an era in which the intelligence and UFO communities alike pushed the envelope edges. Let's take a look at some topics previously explored onThe UFO Trail and how they might relate to one another. We might consider how such cases as the Gulf Breeze Six may possibly have been more a result of a fringe-friendly NSA and intelligence culture than it was the bizarre, isolated incident it's often thought to have been. Reviewing such circumstances might help us more clearly understand the evolution of belief systems surrounding UFOs, as well as assist us in ultimately forming more relevant questions.

In January I did a post, NSA UFO Docs. One of the declassified files explored was an NSA draft titled, UFOs and the Intelligence Community Blind Spot to Surprise or Deceptive Data. The draft could be interpreted a number of different ways, but in this context I'd like to consider how it was composed by an NSA employee at least seeming to be quite convinced of the "strange nature of the [UFO] phenomena," and its potential for rendering witnesses psychologically devastated. We could reasonably conclude the draft, which was written sometime between approximately 1958 and 1979, was lacking meaningful citations and scientific merit while containing perspectives typically found in the UFO community, for whatever reasons.

Also explored was a doc that has come to be known as the Yeates affidavit. Dated 1980, it contains the testimony of NSA man Eugene F. Yeates about various UFO files, including one he described as an account of an NSA assignee about their attendance at a UFO symposium. On a side note, I filed an FOIA request to the NSA for the report and am currently awaiting a response.

The late Philip J. Klass speculated the author of the report was Tom Deuley, a retired career Navy man, former NSA employee, and longtime member of the MUFON Board of Directors. It was "almost certainly" Deuley, Klass wrote, noting that Deuley spoke publicly of meeting with NSA administrative officials about his plans to attend a MUFON conference in Dayton, Ohio, shortly after he was assigned to the Agency in 1978. Whether or not Klass was correct, I believe the point is well made the NSA culture was UFO and paranormal tolerant, if not friendly, as Deuley was indeed an NSA assignee and MUFON director.

It is a reasonable statement that the intelligence community, in general, attempted to better understand, manipulate, and weaponize subject matter surrounding reported UFO and psychic phenomena. That is the case in contradiction to the more widely held public perspective that the IC debunked the related claims. Intelligence agencies were actually deeply enmeshed with the topics, whatever the combinations of purposes may have included.

The career of Maj. Gen. Albert N. Stubblebine III spanned from a 1952 graduation from West Point to his 1984 retirement as the Commanding General of the Army Intelligence and Service Command (INSCOM). A member of the Military Intelligence Hall of Fame, Stubblebine was credited with completely redesigning the intel structure of the entire U.S. Army.

Stubblebine's more recent ventures include operating the Natural Solutions Foundation, a nonprofit corporation co-founded with his wife, Rima Laibow, MD. Dr. Laibow is a former advocate for alleged alien abductees and the use of hypnosis as a memory enhancer. At Natural Solutions Foundation, the couple are, by any definition, promoters of extreme conspiracy theories, including those surrounding chemtrails and vaccinations, which, the two say, are part of the "big plan" to turn children into autistic worker drones.

Mind control operations are also involved, according to the couple. Laibow asserts as a "fact" that "Natural Solutions Foundation is so effective in our opposition to the Powers That Be that a serious attempt was apparently made on my life..."

Before conducting an all out campaign against the PTB, Maj. Gen. Stubblebine of course was the PTB. He was also credited with inventing Remote Viewing along with his explorations of such topics as neurolinguistic programming and psychic spoon bending. "Stub" and his longtime colleagues, which include Col. John Alexander, are as much parts of UFO and paranormal lore as Travis Walton and Whitley Strieber.

Enter Sgt. Lyn Buchanan. It was in 1984, while stationed at the U.S. Intelligence Field Station in Augsburg, Germany, that Buchanan was recruited by Stubblebine into a Remote Viewing unit. He caught the attention of Stubblebine following what Buchanan described to me as a "psychokinetic" computer-related anomaly. According to Buchanan, Stubblebine was hoping to harness Buchanan's psychic potential to "destroy enemy computers - then later learn how to simply control the data and programming within them." Buchanan considers himself an alien abductee, as he explained to me in the linked interview.

By the way, the first doc cited at the beginning of this post, Parapsychology: The COMSEC Threat and SIGINT Capability, references dynamics surrounding electronic psychic warfare as described by Buchanan. Topics mentioned in the doc include "Telekinetic Manipulation of Circuitry" and "Telepathic Manipulation of Operator to Induce False Message."

The activities of intelligence personnel Stubblebine, Alexander, and Buchanan were portrayed in Jon Ronson's The Men Who Stare at Goats. Below are some related remarks from a man identified by Ronson as a Special Forces soldier: 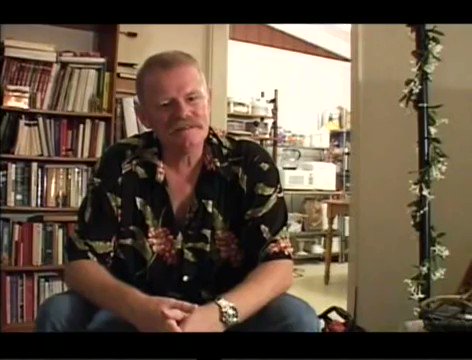 It was just six years after Sgt. Buchanan's computer incident at the Augsburg Field Station that the base served as a temporary home to the Gulf Breeze Six. It was there, from Stubblebine's former stomping grounds, that the crew of NSA intelligence analysts reportedly took up hypnosis and Ouija board sessions in attempts to communicate with mysterious entities and religious icons. The group then went AWOL in 1990 to travel to the home of a self-described psychic residing at a UFO hot spot, Gulf Breeze, Florida, hosting a MUFON symposium at the time.

Perhaps such circumstances show us the evolution of woo pedaling in intel circles. Stargate, CIA psychic spies and many examples could be cited for consideration.

Perhaps such incidents indicate something more, whatever it may be. A reasonable argument could be made that combinations of explanations apply to the IC long history of interest in fringe topics and communities. Any way we choose to look at it, one might question why the underlying issues do not receive more attention, and particularly sincere, objective consideration, from both the skeptical and pro-paranormal aspects of the UFO community.

I'll close with a passage from The Greys Have Been Framed: Exploitation in the UFO Community, pp 223-224:

[I]n early 2015 the British army announced the formation of the 77th Brigade, a unit of 1500 troops The Guardian dubbed “Facebook warriors.” The soldiers are charged with carrying out unconventional, “non-lethal warfare” and executing psychological operations through the use of social media. Israeli and US armies engage heavily in such operations, with the Israel Defense Forces reporting activity conducted in six languages on 30 platforms, including Twitter, Facebook, YouTube and Instagram.

It would be difficult for me to believe the UFO community did not serve in some capacity in the research and development of such psyops, or, at the least, I would doubt the community was exempt from effects of the evolution of such projects. As a matter of fact, in his hard hitting 2015 piece on how the US intelligence community drove to dominate the world through information control, Why Google made the NSA, investigative journalist Nafeez Ahmed referenced ufology's favorite CIA consultant, Col. John Alexander. Specifically, the targeting of civilian populations for information war.

Addressing a 1989 US Navy brief authored by well-connected Pentagon official Richard O'Neill, Ahmed wrote, “That secret brief, which according to former senior US intelligence official John Alexander was read by the Pentagon’s top leadership, argued that information war must be targeted at: adversaries to convince them of their vulnerability; potential partners around the world so they accept 'the cause as just'; and finally, civilian populations and the political leadership so they believe that 'the cost' in blood and treasure is worth it.”