Gold surged over 3% yesterday due to what appears to be have been significant short covering due to concerns about gold backwardation and the continual haemorrhaging of gold inventories from the COMEX.
Concerns about a default on the COMEX, once the preserve of a few observant market watchers, are becoming more widespread as we appear to be witnessing a run on the highly leveraged bullion banking system.
Very robust physical demand from the Middle East, Asia and particularly China and a decline in the dollar also helped prices log their biggest one-day gain in over a year and their first close above $1,300 an ounce in nearly five weeks.
Gains in silver futures, meanwhile, outpaced gold’s rise, with silver surging 5%.
Gold may have been higher also due to the weak U.S. dollar which is under pressure from poor U.S. home sales and comments from Bill Gross, PIMCO co-chief investment officer, who said he expected the Fed won't tighten policy before 2016.
Gold has recovered nearly $150 or more than 12% in less than a month since hitting a three-year low of $1,180/oz on June 28th. Gold has made the strong gains due to robust physical demand as seen in the still high premiums in Asia.
Respected investor and precious metals guru, Jim Sinclair has again warned of a risk of a default on the COMEX and said that gold prices will rise to $3,500/oz and that gold at $50,000/oz is “not out of the question.” 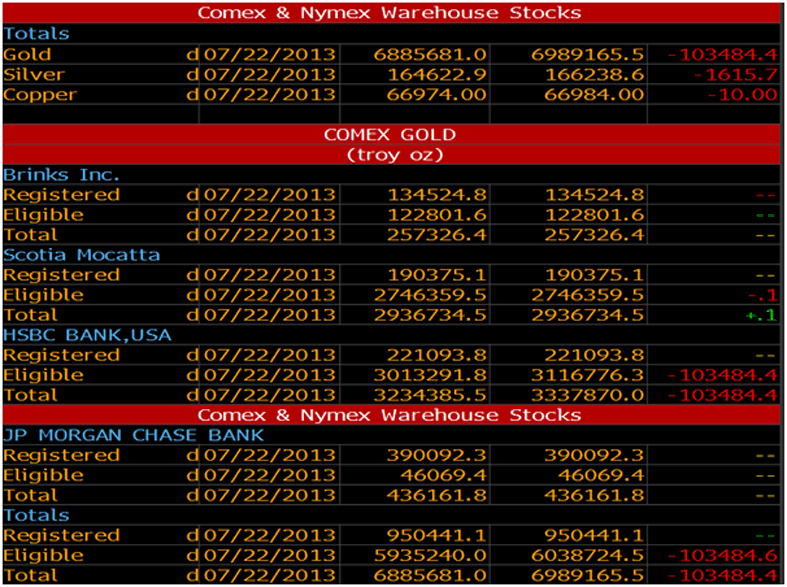 Sinclair, the successful gold and silver investor and a former adviser to the Hunt Brothers in their liquidation of silver from 1981 to 1984, said in a posting on his blog that was emailed out to subscribers that:
“The cause of today’s spectacular rise in the gold price is the reality that with Friday continues large drops in the Comex warehouse gold inventory. No cogent argument can be formed against the reality that because of the continued fall in gold inventory that within in 90 days or sooner the Comex must change its delivery mechanism.”
Sinclair, said that the COMEX would have to move to cash settlement as they do not have nearly enough gold bullion to make deliveries and warned that owners of futures may be forced to accept payment in the form of the SPDR GLD ETF. This which would make them unsecured creditors of the bullion banks who are the custodians and sub custodians of the SPDR GLD.
He said that this could lead to the GLD ETF being “destroyed” and said that “it is a truism in gold that which is convertible into gold will in fact be converted over time.”
Comex Gold Inventory Data 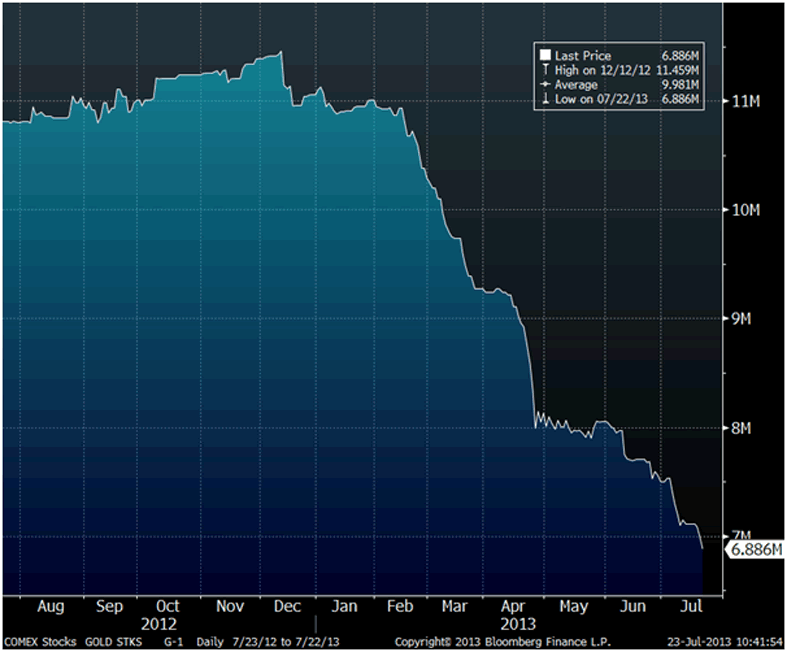 Sinclair was likely alluding to a form of Gresham’s Law where bad money drives out good and where ‘bad’ or more risky gold investments are driven out by ‘good’ or safer gold ‘investments’ such as physical bullion in your possession or allocated in a vault outside the banking system.
Gold rose yesterday and Sinclair said, “because those knowledgeable know the inevitability of the changing of the Comex contract.”
“There is no question this is the emancipation of physical gold from the fraud of no gold, paper gold. The emancipation will cause physical gold exchanges to take birth and to be the discovery mechanism for the price of gold. This is the end of the ability to use paper gold future contracts as a mechanism to make the gold price sing and dance at the will of the manipulators.
With manipulation coming to an end the true value of gold will be discovered by the cash exchanges that are now taking birth. The advent of the cash spot exchanges around the world is the natural demise of the Comex.
GOFO (Gold Forward Offered Rate) is screaming this truth. The warehouse inventory of every futures gold exchanger is screaming this. The fact that there is no meaningful above ground supply of gold is screaming this. The fact that most of the central banks supply of gold is leased is screaming this.
There is no reason why gold cannot move up hundreds of dollars a day when the Comex changes their spot contract settlement, as they must, as they will, very soon.”
Support & Resistance Chart - (GoldCore)

With regard to price, Sinclair said that “gold will trade well above $3,500/oz and those who have lived in the gold market like me for now 53 years know it”.
The respected investor said that “a price of $50,000 for gold is not out of the question as a result of its emancipation from “fraudulent paper, no gold, paper gold.”
Mr. Sinclair has a good track record and it is believed that he has insider knowledge due to his family history and relationships with key players on Wall Street.
He predicted back in the early 2000’s with gold below $300 an ounce that gold would reach $1,650 within a decade. Now he is talking about “quantitative easing to infinity” and a similar trajectory for gold and silver prices.
Sinclair is highly respected amongst precious metal buyers due to being extraordinarily generous with his knowledge and his time in recent years. His writings on his website JSMineset and his free email have protected tens of thousands of people around the world.
This year he has undertaken conferences where hundreds of people have turned up in Los Angeles, London and New York City for highly informative, interactive, question and answer sessions and is holding more conferences around the world in the coming months.
For the latest news and commentary on financial markets and gold please follow us on Twitter.
GOLDNOMICS - CASH OR GOLD BULLION? 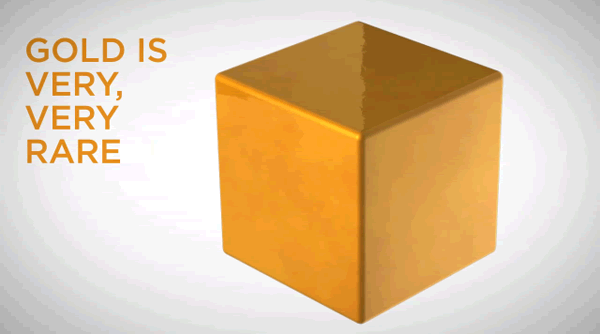 'GoldNomics' can be viewed by clicking on the image above or on our YouTube channel: www.youtube.com/goldcorelimited
This update can be found on the GoldCore blog here.