I try my best to make people aware of the ridiculous BS that goes on behind the scenes in the halls of power.  I try to help people understand the way Big Business manipulates our Government, the same way the Banksters and Billionaires manipulate the markets. In short – we explore the dark side of Capitalism as having a realistic outlook helps us make better trading decisions. 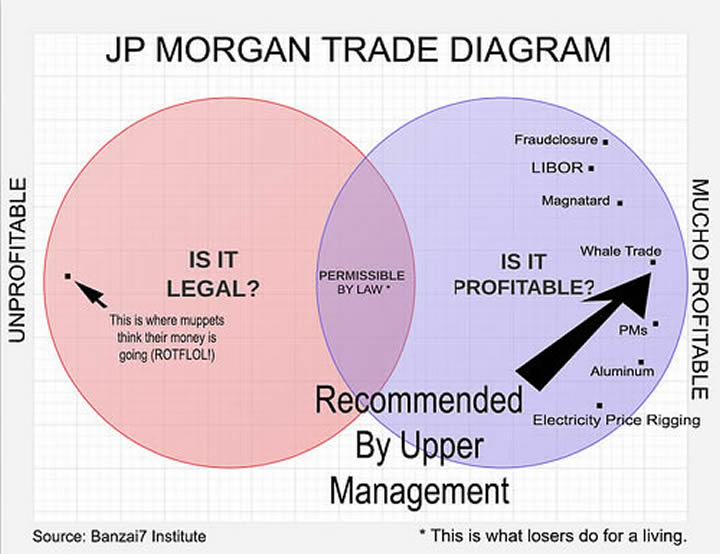 But today, I give up!  Why?  Because the head of JP Morgan's Commodity Division has been INVITED by CTFC Chairman Mark Wetjen to join the Global Markets Committee that sets the rules for Futures trading.  This is not letting the fox guard the hen-house – this is simply serving the fox all the hen he can eat!  Didn't we just fine JPM $17Bn for manipulating the markets and screwing over investors?

Didn't Jamie Dimon just get a 75% raise because he got the Government to settle for ONLY $17Bn?  Does anyone even remember these things?  Thank God for Miss Lizzy: 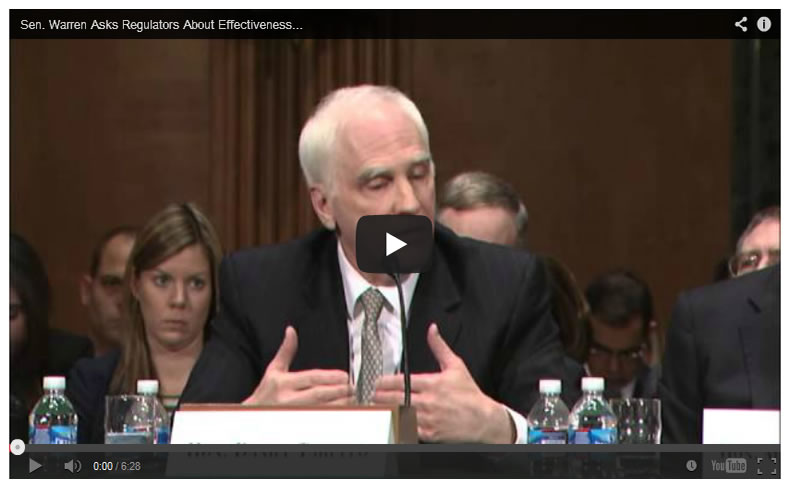 Elizabeth Warren and Pope Francis are about the only things keeping me from giving up this year.   Well, that and this High School Football team, God bless them!  Still, I feel like we're fighting a real uphill battle on the place Jon Stewart calls Bulls#%t Mountain (whole, great clip here):

Yesterday, Senate Republicans blocked a 3-month extension of Unemployment Insurance, leaving what is now 1.7M people without benefits (benefits we all paid the insurance for our whole working lives, don't forget!).  To be fair, 4 Republicans did vote with 55 Democrats to not force fellow citizens into poverty and starve their families but it was one righteous person shy of the 60 needed to end the Republican filibuster and the legislation died on the floor of the Senate.

“We’ve given them everything they wanted. Paid for,” said Senator Harry Reid of Nevada, the majority leader, flashing his irritation at Republicans who blocked the bill.

Obama has repeatedly pressed Congress to extend the program, an emergency measure enacted during the recession to provide up to 47 weeks of supplemental payments to the long-term unemployed.

“We cannot allow one vote to stand in the way of supporting these Americans as they struggle to find work,” a White House statement said Thursday. “Both sides of the aisle have worked together to prevent this kind of hardship in the past, and neglecting to do so now is unacceptable — especially given the high long-term unemployment rate.”

This was, of course, the front-page story in the NY Times and most newspapers but I challenge you to find mention of it in Mr. Murdoch's Wall Street Journal or try listening for it on Fox News, CNBC or Bloomberg – it's as if it never happened!

And, what's really hysterical about that is that, on the front page of the WSJ, is an article about how the Pentagon was stopped from mothballing an aircraft carrier – part of a group of cost cuts that would have saved more money than the cost of extentding the unemployment benefits ($6Bn).

Keep in mind that, even if we get a great Non-Farm Payroll number today, we're only going to be creating, AS A NATION, 160,000 new jobs this month.  There are 3M people unemployed (who haven't given up yet) so, NO MATTER HOW BADLY THEY WANT TO WORK, it will take 2 full years of 160,000 job per month growth to absorb them into the work-force.  How is this their fault? 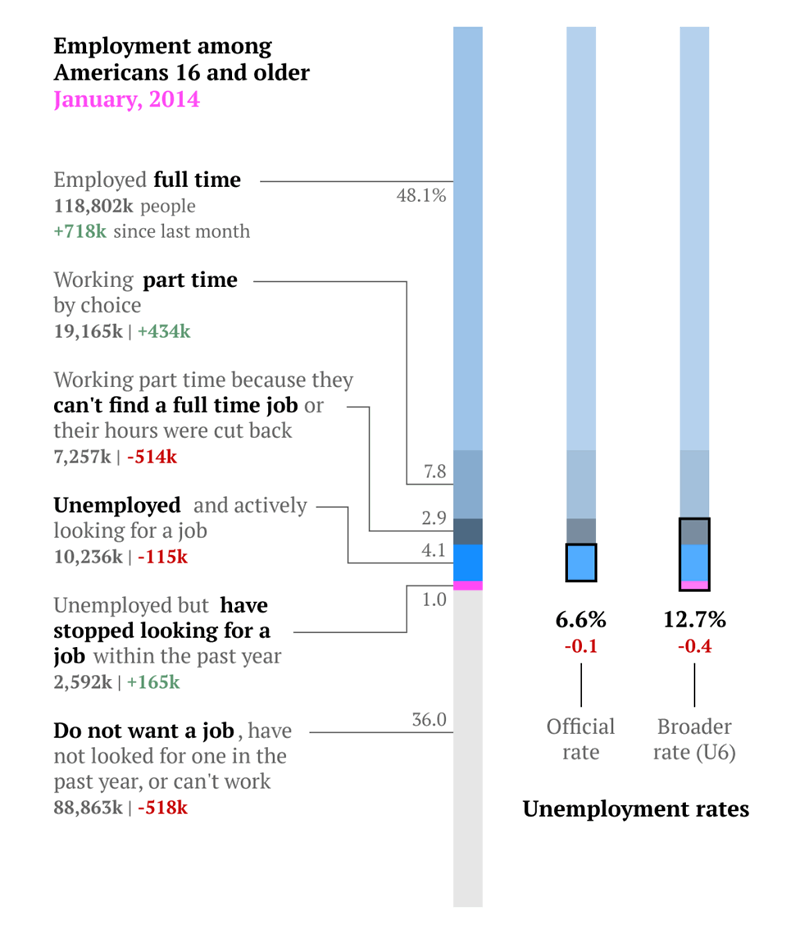 Also, our population grows (1% of 300M is another 3M!) and kids come out of college and need jobs so JUST adding 160,000 jobs per month (and last month was 80,000) is barely enough to keep us even – it doesn't put a dent in unemployment.  What's the GOP solution to this problem?  AUSTERITY!

So, is America working?  Regardless of the outcome of the upcomming jobs report – I'd have to say, no – America is broken….

We got the news yesterday at about 2:30 that the Senate screwed over 1.7M people and, amazingly, the markets did not drop but I read the news today (see our Member Chat) and I see nothing to indicate that this is anything but a bad thing – no mater what the Conservative talking heads in the Financial Media would have you believe.

8:30 Update: Only 113,000 jobs created.  I already told our Members this morning, in our Chat Room, that 120-140,000 jobs would be a "worst-case" scenario and 113K is close enough that we're sure to take a dive off these numbers.  We already have plenty of shorts in play but we will grab some more if we finsih below our weak bounce levels (see yesterday's post).

It's Friday and China is open again next week so I'm sure they will try to put lipstick on this market pig and close us even or better today.  yesterday was a low-volume fiasco and this morning "THEY" have already dropped the Dollar back below 81 to mask the overall market weakness (hit 80.50 for a minute) by re-pricing the units the market is measured in – nice trick for the CTFC to look into and – oh F*CK – I forgot…