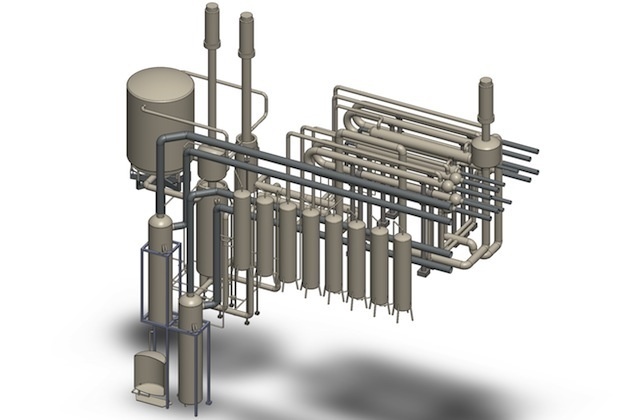 In the fracking-dominated and carbon-obsessed United States, we often forget that carbon-neutral energy doesn't have to simply be solar and wind. There's also nuclear power, of which alternative, safe power cycles exist, ones that were first developed by American researchers. But after years of sitting around, that research is finally being put to use–by China.

We've long discussed the thorium dream in depth here at Motherboard, largely because it's oh so tantalizing: an alternative fuel cycle for nuclear reactors that produces little to no waste, has very low proliferation risks, and has extremely low risks of meltdowns–and in some cases, none at all. Thorium is a very abundant resource, and, as proponents like to say, converting the world to thorium power would provide thousands of years of carbon-free, clean energy.

But the nuclear dream in the United States stalled in the 70s and 80s. Promising research into thorium-powered reactors that reaches as far back as the 60s was shelved because, at the height of the Cold War, we needed uranium reactors, which produce plutonium for bombs. And in any case, large energy corporations had already invested heavily in pressurized water reactors, and thorium represented a fresh start on a whole new avenue.

While the US has only paid lip service to thorium in recent decades, China is joining the likes of India, Japan, and Norway in a quest to develop a working, commercially-viable thorium reactor. And because China is in the midst of a huge nuclear push, it's likely to end up selling any successful designs it's able to develop. Princeling Jiang Mianheng

In other words, China has taken a pair of massive problems–increasing energy demand, pollution, and its reliance on coal–and is trying to make money off the research it will take to solve them. Compare that to the US, where research funding into alternative energy has turned into an ever-shrinking, Solyndra-branded political football, and you wonder who's going to be powering our future.

It gets even more frustrating, at least if you're American. According to the Telegraph, a Chinese thorium research lab, led by Jiang Mianheng, already has 140 Ph.Ds, and will have a staff of 750 by 2015. All of those folks are working on research that's based on an American body of work that was just lying around:

The thorium blueprints gathered dust in the archives until retrieved and published by former Nasa engineer Kirk Sorensen. The US largely ignored him: China did not.

Jiang visited the Oak Ridge labs and obtained the designs after reading an article in the American Scientist two years ago extolling thorium. His team concluded that a molten salt reactor -- if done the right way -- may answer China's prayers.

Sorensen, you may remember, was the main subject of Motherboard's documentary about thorium in the US, and has long struggled to build support for molten salt reactors, which don't get hot enough for a meltdown, and which have a built-in failsafe design. That means that those cooling towers of Simpsons lore would no longer be necessary. Instead, we could have small, plug-and-play nuclear reactors that could help power the future distributed grid.

The Department of Energy has made funding available to develop small modular reactors, but there's not been a huge amount of push behind them, especially when we're in the middle of such an incredible natural gas boom. China, which has more pressing energy growth concerns, and hopes to get a working reactor fired up in the next couple decades.

At least there's one dimly bright spot: While China races forward into a nuclear renaissance, there's hope that the US will be able to collaborate on research. Yet when energy is such a godawfully important resource, it's rather frustrating to see China take the lead using research the US pioneered.