One of the biggest concerns of savvy investors since the ongoing crisis began in 2008 has been the safety and longevity of the various types of retirement accounts and systems. Throwing gasoline on the flames have been the decisions rendered by courts of ‘law’ regarding the treatment of customer money in the case of the bankruptcy of several brokerage firms, most notably, MFGlobal. The susceptibility of bank deposits has already been firmly established in prior issues of this column. To our alarm and dismay it appears, at least on the surface, as though few are doing anything to prepare for such an eventuality.
Our hope in authoring this collaborative piece is that it will cause more people to assess matters as circumstances pertain to them, and then take proper evasive action. If you still believe in the system and that it exists for your benefit and protection then you may stop reading now.
The bail-in concept actually began to be implemented here in the United States before anywhere else. When a federal appellate court gave its stamp of approval in the Sentinel case, it gave the green light to the theft of customer funds whether they be segregated in a brokerage account (but held in street name) or held as deposits in a traditional banking arrangement. The quiet and subtle change in status from depositors to unsecured creditors that took place back in 2010 has been well documented in this column. The fact that, since the publishing of that seminal work on 4/12/2013, Japan, Britain, and the EU have officially adopted the bail-in doctrine should be very alarming, yet it is nearly uncovered by the lapdog media. 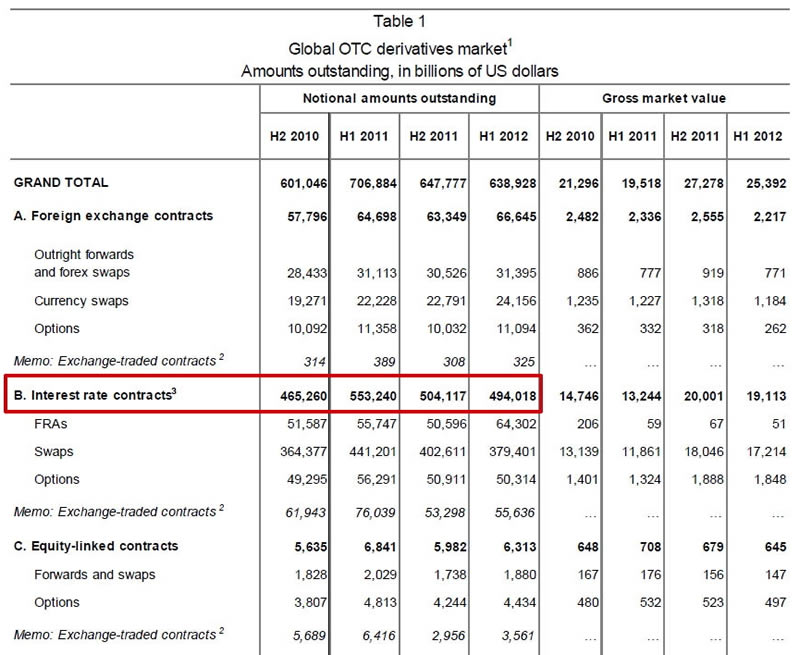 The trigger is obvious. The ‘end’ or even suggested end of QE causes a spike in interest rates, which wipes out a good portion of the world’s banks.  Essentially allowing what started after Bernanke’s speech to proceed unchecked and gain momentum. The bail-in is on. There aren’t nearly enough deposits or retirement savings to cover the derivatives market. The leverage is enormous and even the smallest of moves is going to cause problems. The banksters, including their spokesman, the little professor in DC, know all this.
Others might not be willing to say this, but we are. If we end up with a spike in interest rates because of the end (or threatened end) of QE with the banks of the world needing to be bailed in with your savings, then it was done intentionally. It was not an accident as will undoubtedly be reported. It wasn’t a ‘black swan’. They did their test the other week and saw the results. We are hostages to QE forever. Without it, the entire system perishes. And, as we pointed out earlier, even that isn’t enough. One way or another America’s retirement savings are on borrowed time. Sadly there are no other conclusions that really make sense given all that has already happened.
Conclusions
One thing we wonder at with amazement is the absolute unwillingness of most first world citizens to even consider making changes in their standard of living. A simple 20% cut in standard of living by Americans would provide a huge degree of flexibility with regards to weathering the storm that lies dead ahead, yet people won’t do it. They won’t even talk about it for the most part and your authors have seen this mentality on two continents. Standard of living is sacrosanct. The second thing that is truly amazing is the lengths people will go to in order to remain in denial. We cannot state strenuously enough that you ignore the events going on around you at your own extreme risk and peril.
We’ve gone out on a limb here, presenting what is basically a circumstantial case against central banks and governments when it comes to the matter of your retirement accounts. We’ve demonstrated the need for your capital to keep their Ponzi scheme going. We’ve demonstrated their willingness to swipe other types of assets with the full blessing of the judicial system. We don’t have whitepapers such as the FDIC/BOE and BIS position papers on bank deposits - yet. We have no inside information and don’t purport to have secret contacts with Dick Tracy watches as many others do. We’re merely presenting what has already taken place and the fact that the current paradigm is in great jeopardy unless your savings are separated from you and placed under their control to some degree or another. The world would be much better off if the paradigm just ended, however it won’t go quietly into that good night and neither should you. However, with information and knowledge come responsibility and a call to action. Posterity strongly suggests it. Freedom absolutely demands it.
Graham Mehl is a pseudonym. He currently works for a hedge fund and is responsible for economic forecasting and modeling. He has a graduate degree with honors from The Wharton School of the University of Pennsylvania among his educational achievements. Prior to his current position, he served as an economic research associate for a G7 central bank.
By Andy Sutton http://www.my2centsonline.com
Andy Sutton holds a MBA with Honors in Economics from Moravian College and is a member of Omicron Delta Epsilon International Honor Society in Economics. His firm, Sutton & Associates, LLC currently provides financial planning services to a growing book of clients using a conservative approach aimed at accumulating high quality, income producing assets while providing protection against a falling dollar. For more information visit www.suttonfinance.net
http://www.marketoracle.co.uk/Article41177.html