The Silent War On “Q” Continues

‘CoupGate’ – A Localized Civil War Is Now Underway In The DoJ 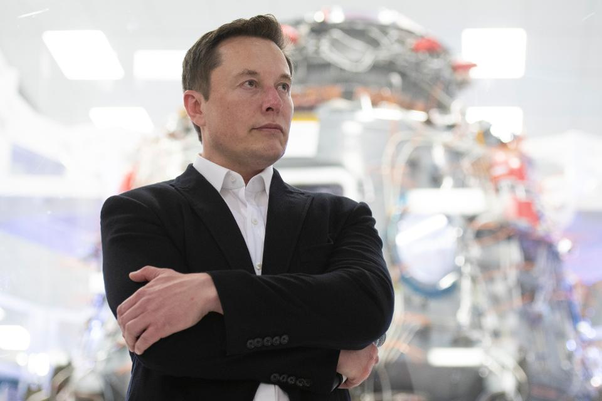 You’re never gonna have another interview like it.
Last semester I applied for a software internship working on Tesla’s autopilot programs. There’s so much mystique around Tesla these days. Around Elon Musk. And let me tell you, he doesn’t have time for any of that in person. He’s a busy man, and an important one.
The competition for one of his internships is one of the toughest in today’s job market, and that’s saying something. I was doing technical interviews over the phone for weeks. One day, an interviewer called in the morning and grilled me for so long that I just straight up skipped one of my classes!
Sacrifices. Elon appreciates those.
At long last I made it to the final round. It’s true what they say-- he interviews everybody who will ever work for him. They flew me out to the Fremont factory in California, and my hands started shaking as soon as I stepped into the building.
I was led into a conference room. And there he was. Elon Musk, in the flesh.
We exchanged pleasantries. Our tone was light, but Elon’s eyes never left mine. I could tell what he was doing. He was sizing me up. Testing the waters. Seeing if I would crack under the pressure.
Ever so slowly, we meandered closer to actual interview territory. “So your resume mentions app development. Tell me about that.”
I had to stop a smile from breaking out onto my face. Oh, wow, Elon Musk read my resume!
“So I, uh, had to spend a little time getting used to Swift, but--”
Elon cut me off. “You an iOS fan?”
“Yes. Yes, sir.”
“Here. Gimme a sec.” Elon disappeared from the conference room.
I let out a shaky breath and collapsed into my chair. Was I doing great? Poorly? Incredibly poorly? I’d heard the stories. Engineers fired after screaming rages, careers snuffed out in seconds. Oh, god, he wasn’t coming back with security, was he? He was only gone for a couple of minutes, but it felt like hours.
The door crashed open. I sat back up, ramrod straight. Here came Elon, and there was something in his hands. It was a jet-black container, shiny and spherical. Except that it wasn’t a sphere, exactly. There was a dent near the top, and it flared inwards towards the bottom. What did that remind me of...?
Elon unscrewed the top and gently tapped some of the container’s contents onto the table. A whitish dust spilled out. He took his credit card out of his wallet and started chopping the pile into lines.
My eyes bugged out of my head. Elon glanced up.
“Oh, no, don’t worry, it’s not coke. Take a look! You don’t have to worry.”
He slid the open container over to me and got back to his work. I picked it up. The stuff inside was a light gray, so he was right. It probably wasn’t coke. But what the hell was it?
I heard a guttural snort, and I almost dropped the container before setting it down. Elon reared up from his desk with fire in his eyes. “Woah! Still kicks.”
He had a rolled-up dollar bill in one hand, and he shoved it into my face. “Your turn.”
“Hang on. What...what’s happening? What is this?”
Elon looked at me like I was an idiot. “What do you think it is? Guess. I went and got this because you mentioned iOS. I want you to guess.”
Then it hit me. That container. It wasn’t just a sphere, and it wasn’t just an apple.
It was an apple-shaped urn.
“Oh my God, are you snorting Steve Jobs’ ashes?”
Elon did another line and clapped his hands. “Fantastic, man! Not a lot of people even know he was cremated. I knew I had a good feeling about you.”
This was a prank. It had to be. This all had to be one big, bizarre test, so I figured I would play along. “Security wasn’t that tight around his grave, huh?”
“Nope,” said Elon, too calmly. “Security at Alta Mesa’s a joke. Couple of months ago I just stayed until midnight, dug them out myself.”
Elon dipped a finger into the jar and rubbed his gums. “You know I met him once? Steve. He was such an asshole. He hated me. My companies. Well, look who’s laughing now.” He smiled at me, then coughed. A grey, powdery cloud billowed into the air. I tried not to breathe.
“Steve’s grave was unmarked,” he continued. “But that wasn’t a problem. I could smell him.”
Elon’s eyes started to unfocus. “I could smell the animus that drove his soul. The energy. And, soon, it will be mine.”
Nobody spoke for a while.
“It will all be mine,” whispered Elon, and it was like I wasn’t even in the room.
He blinked. “Anyways. You want a hit?”
For the first time in what felt like forever I felt like I was allowed to speak. “...No, man, I’m good.”
There’s no way I can do this. I fought back the urge to gag. That’s a human being floating in the air right now. There have to be laws against that kind of thing, right? And even if there weren’t, this feels so deeply, deeply wrong. I might have to talk to the authorities after this. After all, I still have my character, my convictions--
“Listen.” Elon clapped a hand on my shoulder. “One little bump, and you’re walking out that door with a job.”
Anyways, I start next quarter.
https://www.quora.com/What-is-it-like-to-be-interviewed-by-Elon-Musk