Submitted by CoinTelegraph,
Per a July 22 announcement shared with Cointelegraph, the Office of the Comptroller of the Currency (OCC) is granting permission to federally chartered banks to custody cryptocurrency. 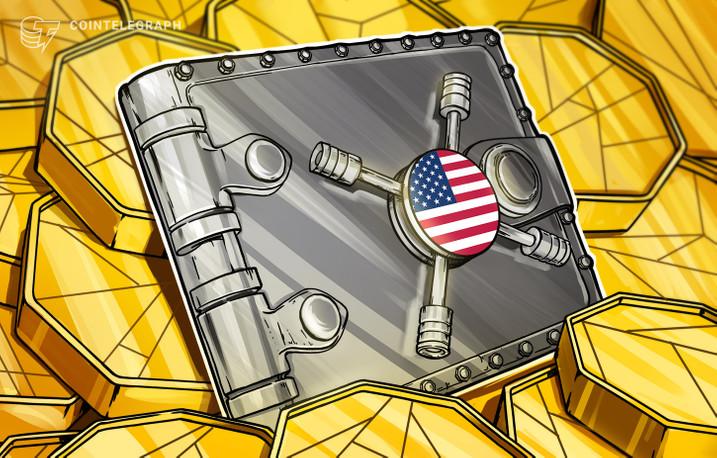 The future of banking with crypto on board

This issue has seen much skepticism, given that crypto wallets do not resemble the custody requirements of other sorts of assets. Nonetheless, in its interpretive letter on the subject, the OCC wrote:

“The OCC recognizes that, as the financial markets become increasingly technological, there will likely be increasing need for banks and other service providers to leverage new technology and innovative ways to provide traditional services on behalf of customers.”

In the words of the announcement, the new opinion “applies to national banks and federal savings associations of all sizes.”
Acting Comptroller of the Currency Brian Brooks similarly saw the development as part of modernizing banking in the U.S., saying “From safe-deposit boxes to virtual vaults, we must ensure banks can meet the financial services needs of their customers today,”
The OCC’s letter further specifies that bank “custody” of crypto assets is dependent on their access to the keys to the crypto wallets rather than any sort of physical requirement — a confirmation of Andreas Antonopoulos’ famous line of “not your keys, not your coins.” the OCC specifies:

“That national banks may escrow encryption keys used in connection with digital certificates because a key escrow service is a functional equivalent to physical safekeeping.”

Coming from Coinbase’s legal team, Brian Brook’s tenure as Acting Comptroller has seen accelerated onboarding of crypto capabilities in the U.S. financial system. Speaking with Cointelegraph in early June, Brooks hinted at his interest in expanding the right to custody crypto.
This follows an international trend of banks looking to incorporate the crypto asset class.