From Zero Hedge:
Three things are certain: death, taxes and quants suing other quants for stealing their secret, money-making algo sauce.
Ever since secretive quant giant Renaissance sued Millennium in the early 2000s for "expropriating" its quant trading strategies when it poached Russian quants Pavel Volfbeyn and Alexander Belopolsky, not a year passes without one or more high profile lawsuits gets lobbed between some of the most iconic HFT or quant funds. And 2020 is no different because as Bloomberg first reported, Citadel Securities, Ken Griffin's market making firm, has sued a British hedge fund, GSA Capital, over its attempt to hire a senior Citadel trader amid allegations that GSA obtained "a secret trading strategy while using texts and Whatsapp messages to hide all traces of the plan."
At the center of this lawsuit is what Bloomberg described as Citadel’s "ABC Strategy," a closely-guarded automated trading strategy, i.e., algo, that cost Citadel "more than $100 million to develop" and which was generating more than $50 million a year trading stocks in the U.S. and Europe. And while there is little additional information, one can understand why an algo, especially one which appears to have involved "guaranteed" profits courtesy of high-frequency trading and consistently generated tens of millions in profits, would be a highly desired piece of source code for anyone to possess, especially an up and coming competitor that was seeking to "set up a new high-frequency trading business."
Incidentally, for those unfamiliar with why HFT "market makers" are nothing short of money printers, look no further than Virtu, which as we reported back in 2015, had lost money on just one trading day in 6 years! 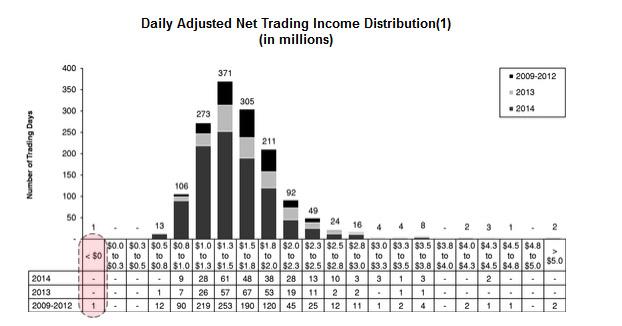 In any case, that's precisely the algo that GSA was going after when it set out to hire Citadel's high-frequency trader, Vedat Cologlu, a 2007 Wharton grad and self-described "stat arb trader", who helped operate and administer the models whose "returns were notably high given the low level of risk it took on." 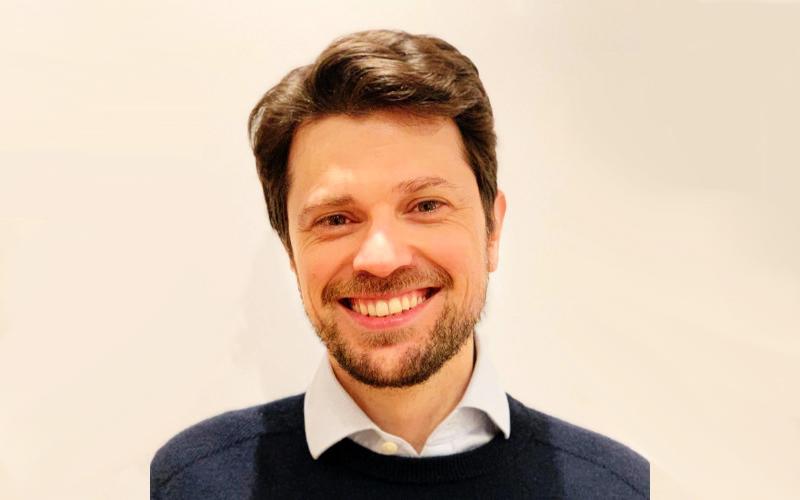 However, in its lawsuit, Citadel alleged that the UK fund wanted more:

GSA asked for sensitive information on his equity-trading including his profits and the speed of the trades. And then Cologlu handed over a plan that Citadel argues was based on its own confidential model, including the way the algorithm made predictions.

As noted above, the case which was filed last month, is the latest example of the lengths funds with proprietary trade secrets and automated strategies "where companies deploy computing power to identify trades promising the biggest mismatches or largest payoffs with the least amount of risk", will go to protect their IP.
And in a world in which scalping dimes, nickels and pennies has become increasingly difficult now that virtually every HFT strategy has become commoditized (and cannibalized), the NYSE was forced to launch laser-based transmission towers to give the peasants using mere microwaves a leg up, it is perhaps not surprising that this latest case involves two market giants who would otherwise be able to coexist in any market but this one.
GSA was spun out of Deutsche Bank AG in 2005 and manages around $7.5 billion. Citadel Securities, the market making division of Citadel, of course needs no introduction. Citadel’s legal filing names GSA founder and majority owner Jonathan Hiscox as a defendant, alongside other officials including the chief technology officer. As Bloomberg notes, it has yet to file its formal defense, but said Wednesday it rejects the claims and plans to vigorously defend itself.
According to the Citadel complaint, GSA officials must have been aware of the need for secrecy because they regularly sought to keep details of the courtship out of emails where they could be easily discovered. In May 2019, GSA’s head of recruitment Douglas Ward emailed a junior employee saying that the job interview questions be “Kept off e-mail.”“GSA well knew that Mr. Cologlu’s responses would contain or would be derived from Citadel’s confidential information and hoped to conceal their wrongful conduct,” Citadel’s lawyers said in the filing dated Dec. 16.
It's not just stealing top secret money printing golden goose "algos" - trading firms and hedge funds, who have for long used fat pay checks to lure employees, have hit a wall when it comes to the top talent - especially in a market where the vast majority of hedge funds underperformed the market - and have been engaged in an intense battle to hire and retain talent. The latest front line is to recruit technologists who are seen as key to future-proof trading strategies.
As Bloomberg notes, Cologlu - who earned more than $700,000 in 2018 as a quant researcher - was looking for a move after 11 years at Citadel. The firm cited messages saying Cologlu was keen to build out his own business and believed there was a market to trade European stocks. GSA for its part dubbed the plan “Project High Speed Rail” and was making moves to enter the high-speed algorithmic trading business by joining the Turquoise trading facility run by the London Stock Exchange, according to the lawsuit.
Yet while quants and math PhDs may be brilliant at spotting patterns and correlations, they seem to lack even the most rudimentary common sense, and Cologlu sent Citadel's trading plan to his work email account, which was promptly noticed by Citadel and an investigation began. The GSA recruiter speculated Cologlu had “been called out by Citadel.” That was indeed the case, and Cologlu confirmed to the Citadel legal team that he’d provided GSA with the trading strategy plan. It was unclear what happened next: according to the lawsuit, Cologlu has been suspended, but a person familiar with the situation said he has left the company.
At that point Citadel claims that it confronted GSA about its meetings with Cologlu, and an internal lawyer agreed to cooperate and shredded the hard copies of Cologlu’s trading plan. In addition to damages, Citadel is seeking an injunction to stop GSA from using any of its confidential information, and has also asked the judge to order GSA to destroy all paper and computer copies of the information.