The US can't kick out Chinese companies from US stock exchanges if said Chinese companies delist first.
That is probably what went through the head of Chinese search giant Baidu - metaphorically speaking - one day after the Senate passed a bill on Wednesday that could stop some Chinese companies listing on U.S. exchanges unless they follow standards for U.S. audits and regulations in an escalation of a long-running dispute between Washington and Beijing about giving U.S. regulators access to Chinese audits.
In response, Reuters reports that Chinese search engine giant Baidu is considering delisting from the Nasdaq and moving to an exchange closer to home "to boost its valuation"  amid rising tension between the United States and China over investments, three sources said. It wasn't clear how moving away from the biggest pool of megatech bubbles in the world, the Nasdaq, to some other exchange would "boost its valuation" but whatever: clearly the political feud between Trump and Xi is now translating into soft capital controls, and explains why Baidu stock tumbled on the news, sliding briefly below $100 after dropping first yesterday on news of the Senate bill. 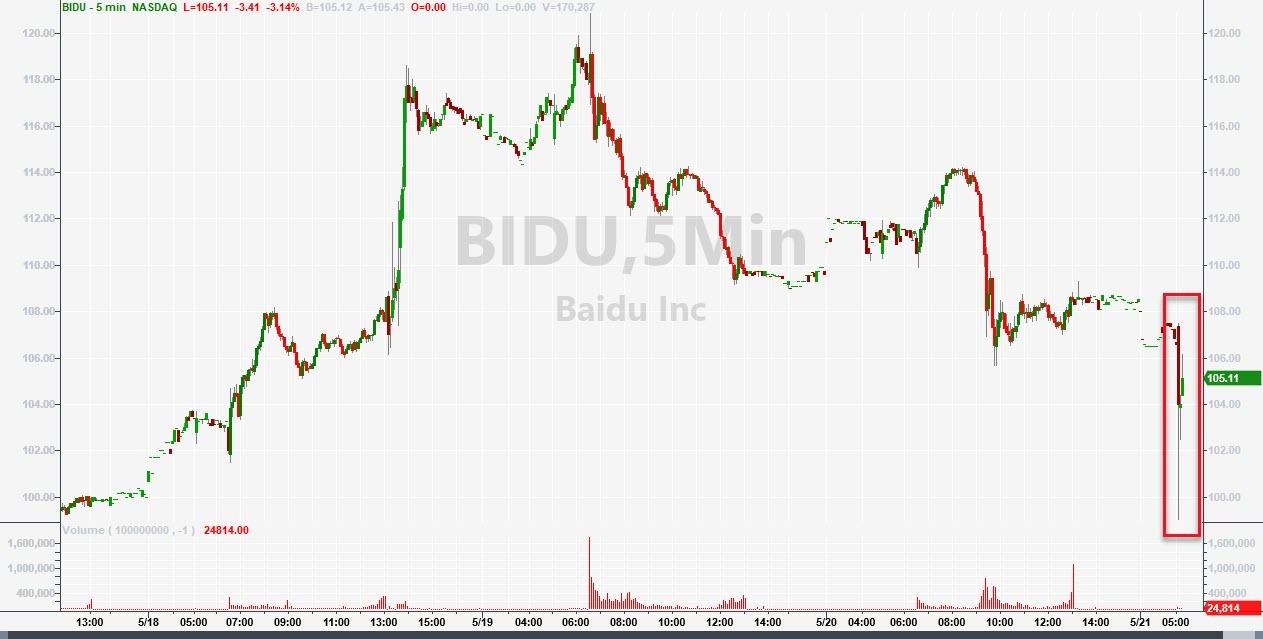 The news also dragged lower other Chinese megatechs such as Alibaba and the broader China internet sector. 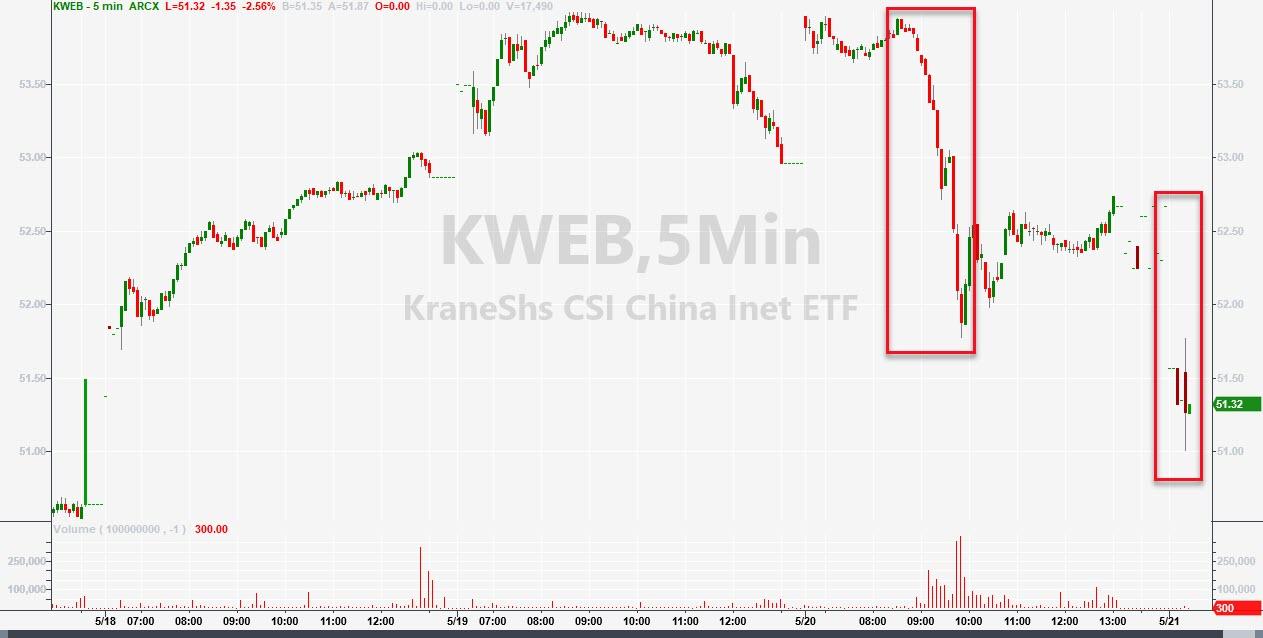 As Reuters further reports Baidu - one of China’s first US listings - is reaching out to "trusted advisers" to see how it could best be done if it were to proceed, including looking at issues around funding and any regulatory reaction although the discussions are at an early stage and are subject to change, said the sources, who spoke on condition of anonymity because the matter is not public.
The company pointed to comments by co-founder and CEO Robin Li who told the state-controlled China Daily on Thursday that Baidu was paying close attention to the tighter U.S. scrutiny of Chinese companies listed in the country.
“For a good company, there are many choices of destinations for listing, not limited to the U.S.,” he told the newspaper.
The sources also said that Baidu believed it was undervalued on the Nasdaq exchange in New York; which probably answers our question from above, if not actually "how" it is undervalued. In other words, Baidu wants to be closer to the chronically insane momentum-chasing gamblers that make up the Chinese investing class.
Baidu’s shares have fallen more than 60% since their peak in May 2018 while the Nasdaq Golden Dragon China Index, which tracks Chinese firms listed on the U.S. exchange, has lost less than 10% over the same period. Baidu’s market cap just below $30 billion is only 5% of the market value of Alibaba, which has shares listed in Hong Kong and American Depository Shares listed in New York.
In January, Reuters reported that Baidu, Ctrip and NetEase have all held preliminary talks with Hong Kong Exchanges and Clearing about a possible secondary listing to follow Alibaba in establishing an investor base closer to China.